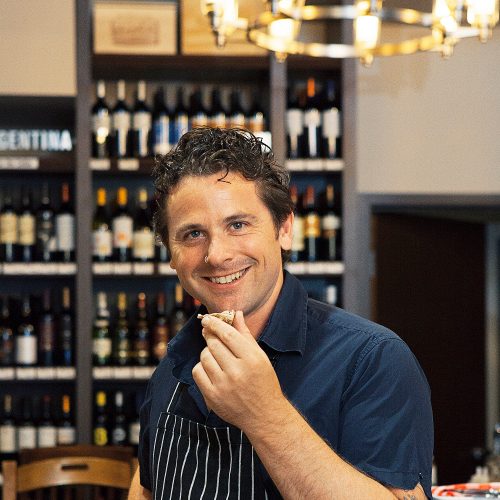 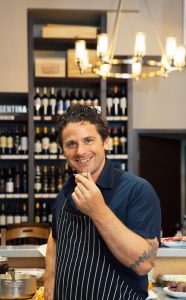 With more than 18 years experience creating local, sustainable fare for some of Canada’s most celebrated, ingredient-driven establishments, Jonathan Chovancek is a well-established virtuoso of preparation and presentation.However, his collaboration with life and business partner Lauren Mote in Bittered Sling might be his most inspired creation yet.

In 2010 Mote and Chovancek launched Kale & Nori Culinary Arts — parent company of Bittered Sling Extracts and Bittered Sling Bistro — and have since carved out a niche both at home in Vancouver and far afield as purveyors of top-shelf cocktail and culinary creations, sought-after social functions and true feasts for all the senses.

In 2011, Chovancek was the chef/host of CBC TV’s groundbreaking documentary Village on a Diet, which was watched by more than a million people coast to coast. He has also contributed to a number of publications, including the OceanWiseCookbook, Taste magazine, Wallpaper magazine and CBC’s Live Right Now national campaign for promoting healthy lifestyles, and has been a guest on CityTV’s Breakfast Television, Shaw TV’s Urban Rush, CBC’s Steven & Chris Show and the O Network’s Grocery Bags.

Before his collaboration with Mote, Chovancek proved his mettle as a chef of Olympic proportions: during the 2006 and 2008 Games, he led culinary teams to Torino and Beijing, respectively, where he garnered rave reviews from a discriminating international clientele. His skills were again took centre stage during the Vancouver 2010 Winter Games, when Chovancek served close to 60,000 people at 578 different events during the two-week event. That same year, Chovancek claimed top prize for his food-and-wine pairing skills at the Vancouver Playhouse International Wine Festival Vintner’s Brunch.

Chovancek is an in-demand and respected speaker and instructor, having taught more than 1,000 delegates at the Catersource/International Caterers Association conference in Las Vegas and Denver. He has also been a keynote presenter with Tales of the Cocktail New Orleans and currently contributes as an international event partner with Tales of the Cocktail Argentina. In addition to all of these wonderful things, Jonathan currently sits as the Vice-President of the Chef’s Table Society of British Columbia.