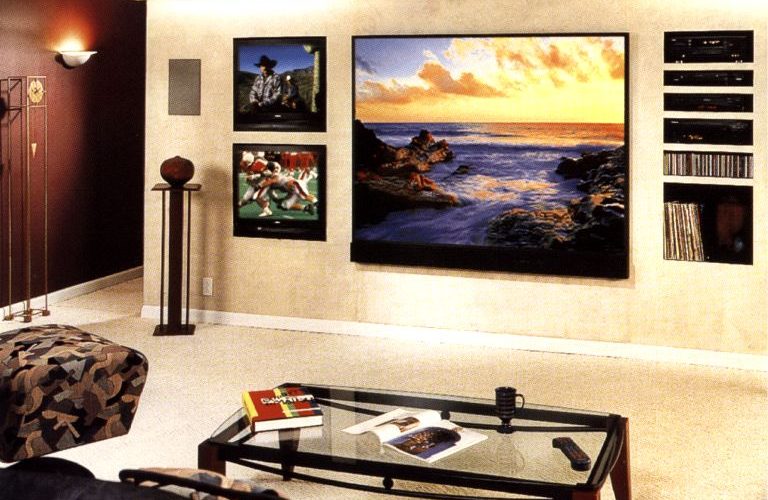 With the recession in full swing large numbers of people are looking for ways to save money and cut back on their spending habits. In some cases an initial large sum spent can result in larger amounts of money saved over time. More and more people are turning to home cinema systems to cut back on the cash they regularly spend on outings to the cinema. The release of 3d technology in a wide number of cinemas has meant that ticket prices have risen sharply. Film addicts have questioned the integrity of 3d films and seem to be resorting to home cinemas as they will have more control of picture quality and feel much more relaxed in their home environments.

Setting up your very own home cinema can be as simple of as complicated as you like, depending on your requirements and expectation from your new film centre. There are a number of aspects to consider in great detail before rushing out a splurging on your new cinema kit. Home cinema set ups can be extremely expensive so you will want to some research in shops and online before selecting which equipment to buy. It is also worth while checking out developments in the technology used for home cinema systems as more often than not the latest and most cutting edge system will get updated soon after you buy it. Although this doesn’t matter too much it can leave a bitter taste in your mouth if you could have spent the same amount of money a few weeks later and got more bang for your buck!

One of the first things you should consider when planning the layout of your new home cinema is where you are going to position you seating and you screen itself. If this is a room you use for other purposes like your living room then make sure you can secure any expensive equipment easily and can quickly adapt the room back into its usual configuration.

If you are have some children you should consider locating expensive home cinema kit away from their reach so that they don’t get curious and accidentally damage any costly tech. This also applies to making sure all cables and wires are hidden away or sealed with cable tidy devices so that pets and children aren’t likely to nibble or pull on them.

One of the reason people love the cinema and kicking back to watch a film is because you get the chance to relax in an extremely comfortable chair. As you are designing your home cinema then it is important to construct an area which you can feel extremely relaxed within. There are numerous comfortable sofas that would be great for using as seating in your home cinema or you could retain the traditional feel by choosing individual armchairs which would offer high levels of relaxation for each film viewer.

-Distance from the screen

Calculating the distance from the screen will depend on a few factors such as the size of your room and the type of screen device you are going to use. If you are using a projector you will also need to consider the level of the projector so that it projects clearly across a room. If you have a large television screen then you don’t want to position your seating too close as it will affect your eyesight.

The resolution of your screen will also dictate the distance you should sit from the device so you will need to check viewing distance requirements individually for each viewing device.

Home projectors have seen rapid drops in prices over the last few years as the technology has become more common place. Projectors are now a viable option for your home cinema setups and give viewers the full feel of a cinema as the screen will  flicker or fail when people at the front stand up!

High Definition televisions have also become more common place as HD television has been rolled out across programmes providers. Modern televisions are getting bigger and bigger which means picture quality is rapidly improving.

The last thing you want to do is fiddle with remote in your glorious new home cinema system. Universal remotes are a great way of removing clutter and mean that you only have to remember where you have put one thing as opposed to hunting around for separate remotes for sounds picture dvd/bluray players.

Sound configuration is often overlooked when people build their own home cinema systems however it is one of the most important aspects of creating a stunning home cinema system as it will make a big difference to your enjoyment levels when taking in a film!

One final consideration is to make your home cinema set up as versatile as possible so that you won’t get left behind by advancements in technology. Make sure you spend reasonable amounts of money on each aspect of your system but and not allocate large amounts of your budget to one aspect only to have that made redundant by new developments in home cinema technology.