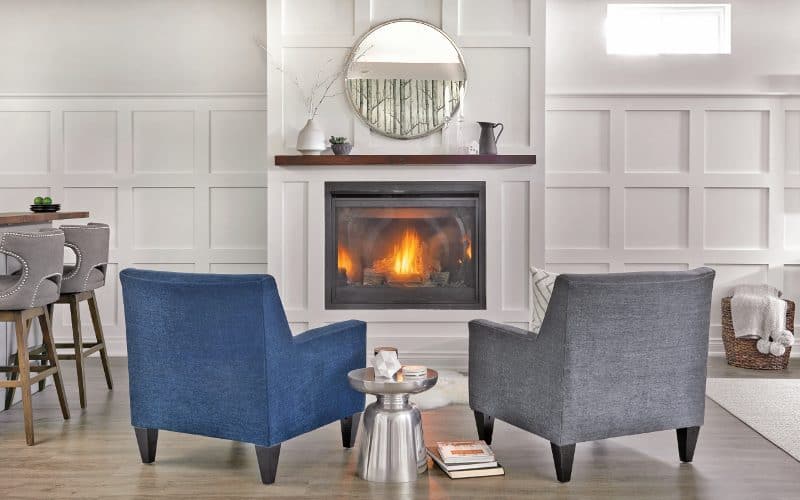 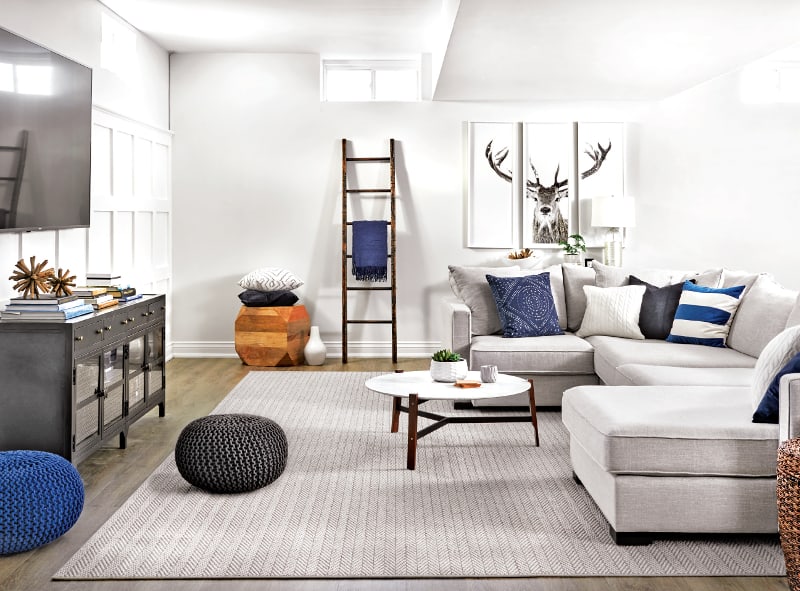 Open, airy and flooded with light, is how you could describe the basement of Christie Bartram and Ryan Charron’s custom-built bungalow. Since making the move from the suburbs to a rural community, the family of five, including their Golden Retriever/Labrador Retriever mix, have since made the 12-year-old home their own, enlisting the expertise of designer, Christine Elliott to renovate their unfinished basement.

Located on three acres of land, the spacious bungalow was one the Charron family had a flexible design vision for. According to Christine, “The homeowner wanted to create a family-friendly space that they could enjoy with their boys and entertain in. Though they didn’t articulate a specific design vision, they knew they wanted it to be functional and aesthetically pleasing.” 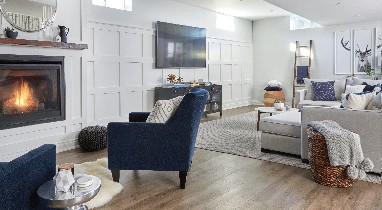 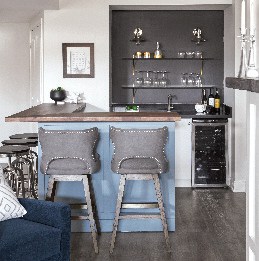 “We wanted a space that wouldn’t feel like a basement. And we wanted something that was unique and not typical and boring,” says Christie. Uncharacteristic of a conventional basement are the high ceilings and four small, yet effective, windows which invite welcomed brightness into the communal areas. “The entertainment area is our favorite space,” says Christie. “It’s used a lot because it is so incredibly comfortable and we love to spend time there as a family.”

Decorated with a minimalistic mindset, the decorum in the entertainment area is focused on function, featuring only a few decorative accent pieces, such as a ladder resting against a far wall, a rattan basket next to the sectional, and succulents dispersed throughout. When asked about the rustic cohesion to these pieces, Christie says, “We really wanted to highlight the environment that we live in because we love it! We moved from the suburbs to the country for the quiet, tranquil atmosphere and wanted to have that as a part of our indoor living space.” 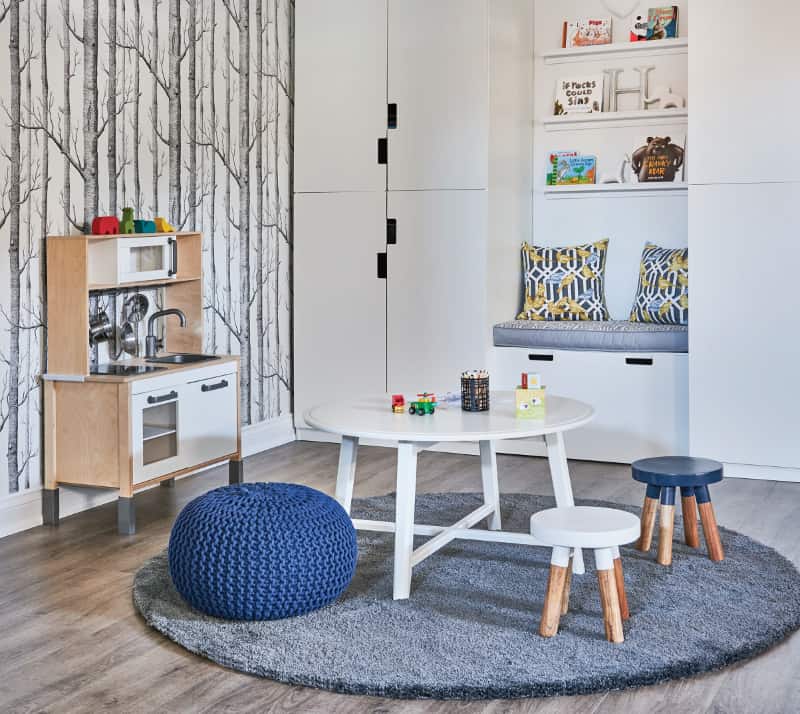 According to Christine, she specializes in comfortable places to gather, and whimsical children spaces and it seems as if this project follows suit. Designed for the couple’s two young boys, the incorporated play-space aptly reflects the family’s enthusiasm for the outdoors, featuring Cole & Son birch tree wallpaper – a choice that was heartily agreed upon by all parties. Says Christie, “It is such a perfect fit for our home since we live in the country. It brings the outdoors inside, yet it’s still chic.”

Paying further homage to the outdoors is the elected color scheme. Handsome pops of blue liven up an otherwise muted palette, comprised of timeless shades of gray and strategically employed white. While Christie cites the color scheme to be on the cool side, Christine refers to the diverse textile use as a tactic to lend hominess to the space. “By including natural wood elements and textured pieces like the velvet chairs, sheepskins, and the linen fabric on the sectional, we were able to create a very cozy and comfortable space for the family.” 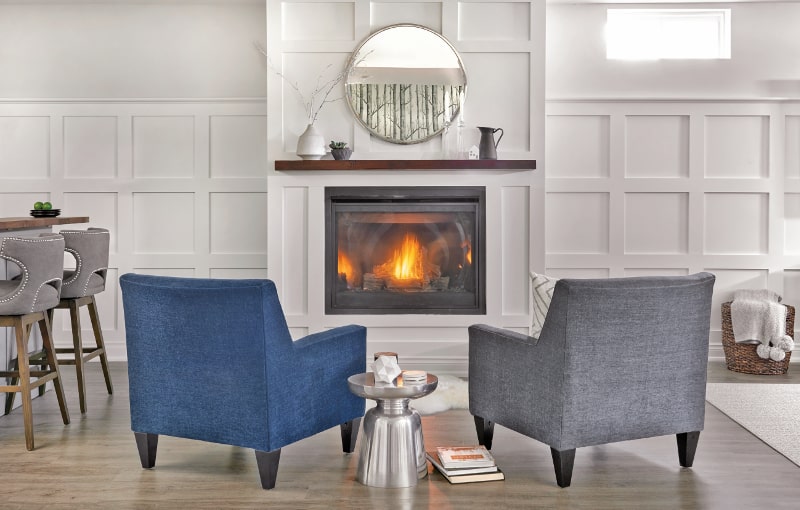 Post-renovation, Christie, Ryan, and their little ones are admittedly thrilled with their like-new basement. Says Christie, “The end result is even more beautiful than all the pictures we originally pinned on Pinterest. We were, and still are, floored by the transformation.” 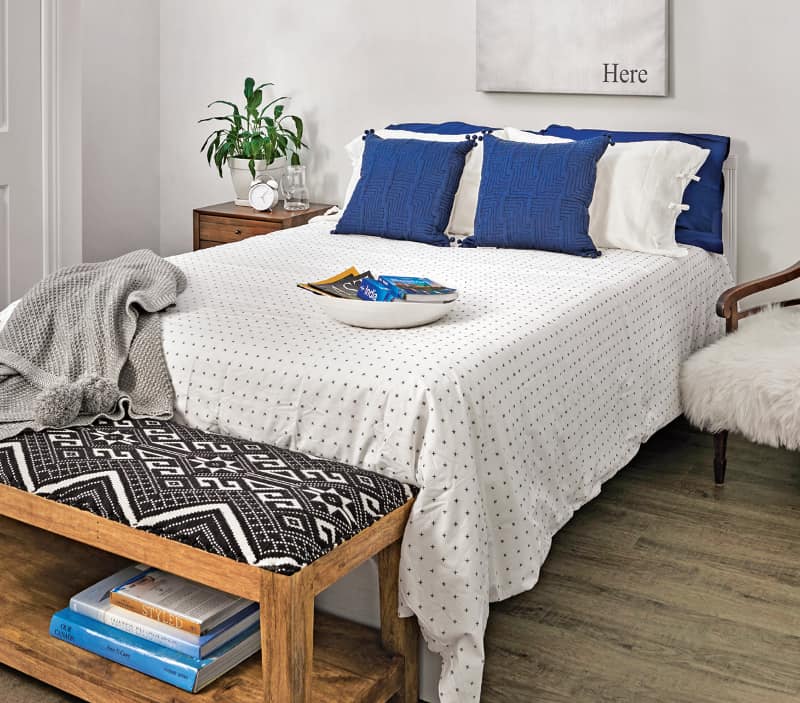 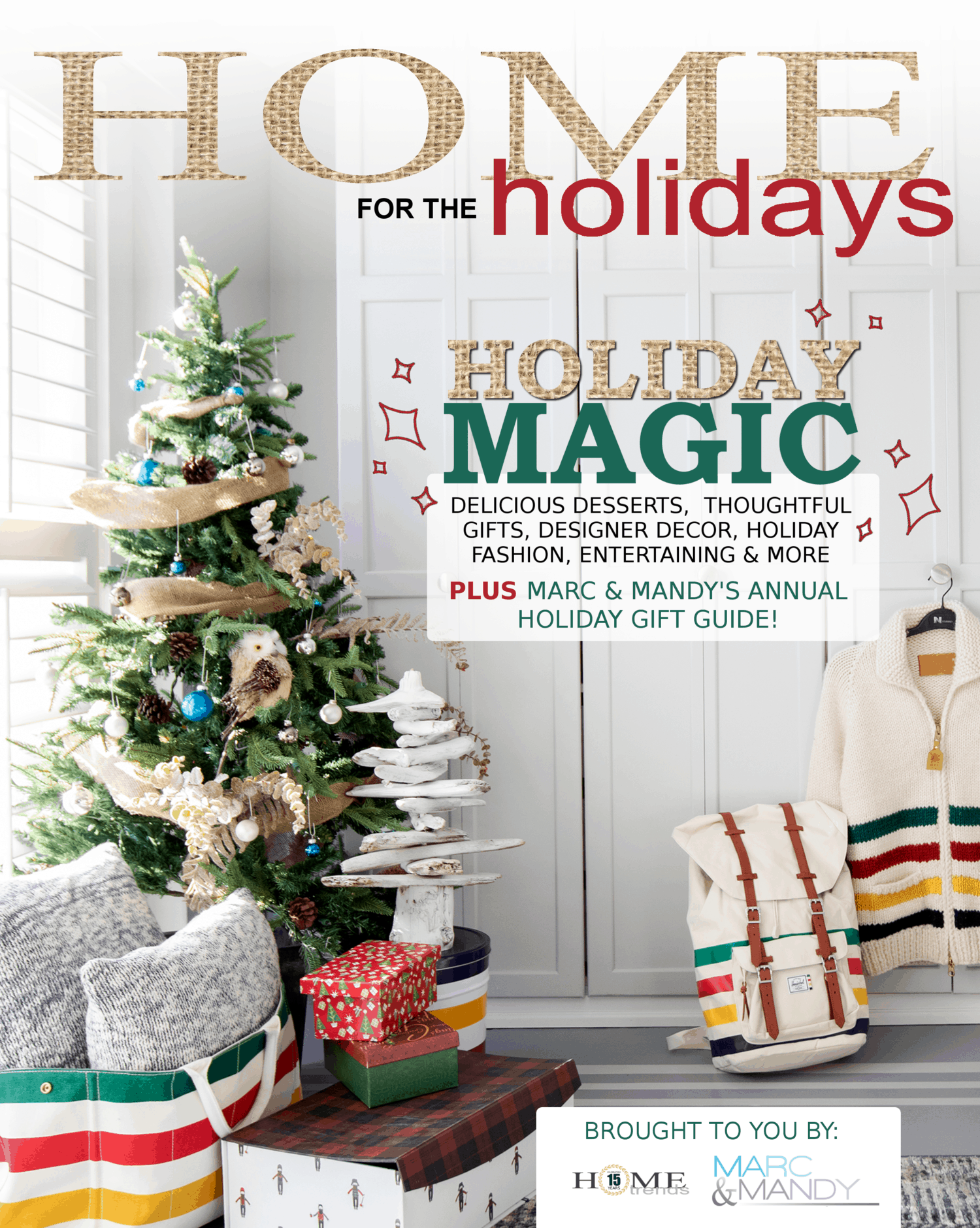