Mother’s Day from Then to Now 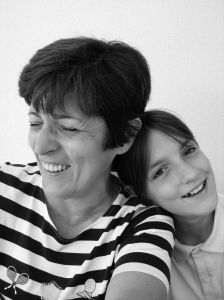 Historians maintain that Mother’s Day originated many centuries ago during Greek and Roman festivals. Greeks dedicated their annual spring festival to Rhea, the mother of many deities. Ancient Romans made offerings to their Mother of Gods, Cybele. Christians originally celebrated Mother’s Day on the fourth Sunday during Lent to honour the mother of Christ, Mary. In England this day was later called Mothering Sunday and was extended to honour all mothers.

In the late 1800’s Anna Jarvis, an Appalachian woman, in efforts to raise awareness for the needs in her community, organized a day called Mother’s Work Day. Anna Jarvis died in 1905 but her daughter, also Anna, campaigned to continue her mother’s work by lobbying businessmen and politicians to create a holiday to honour mothers. In 1908 a church in West Virginia celebrated their first Mother’s Day. At this service Anna handed out white carnations. They were her mother’s favourite flower.

Mother’s Day is celebrated the second Sunday in May and is the busiest time of the year for restaurants and telephone lines as sons and daughters around the world take time to express gratitude to their mothers.

Here are some ideas for intangible Mother’s Day gifts whose worth cannot be measured in price tags:

Find out what your mother’s favourite music was when she was younger. Then look for the album and serenade her on Mother’s Day or request her favourite radio station to play a tune from it.

Since restaurants are often crowded on Mother’s Day, make her favourite food, pack it in a basket and head out to a park for a Mother’s Day picnic.

Make a treasure hunt for your Mother and send her scurrying around the house and yard to find the present you got her.

Get your mother flowers that she can later plant outside so she can enjoy them for a whole season.