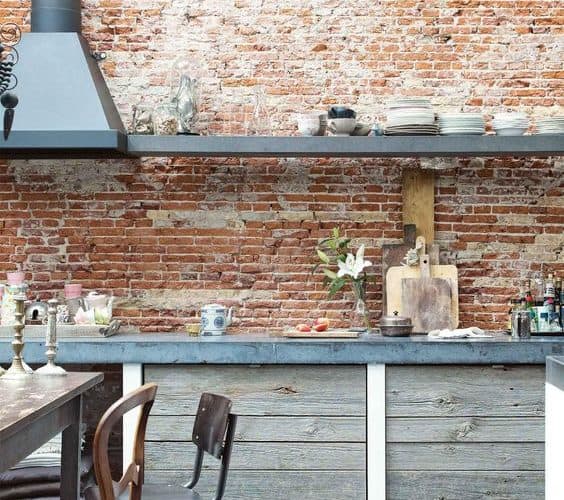 In contrast to the traditional, all-white kitchen, the contemporary, industrial kitchen is all about letting natural elements in the space shine. As such, exposed plumbing, bare brick walls, steel or reclaimed wood beams, and weathered metal fixtures are all fair game. Perhaps the most obvious trait of a true industrial kitchen is open space and high ceilings, which can be faked in a small kitchen with an airy layout. Here are a few industrial style kitchen designs that are on-trend in 2017.

If you’re lucky enough to have exposed brick in your kitchen, going the industrial design route is practically a given. If not, there are ways to fake this rustic accent using wall paper or a wall treatment. 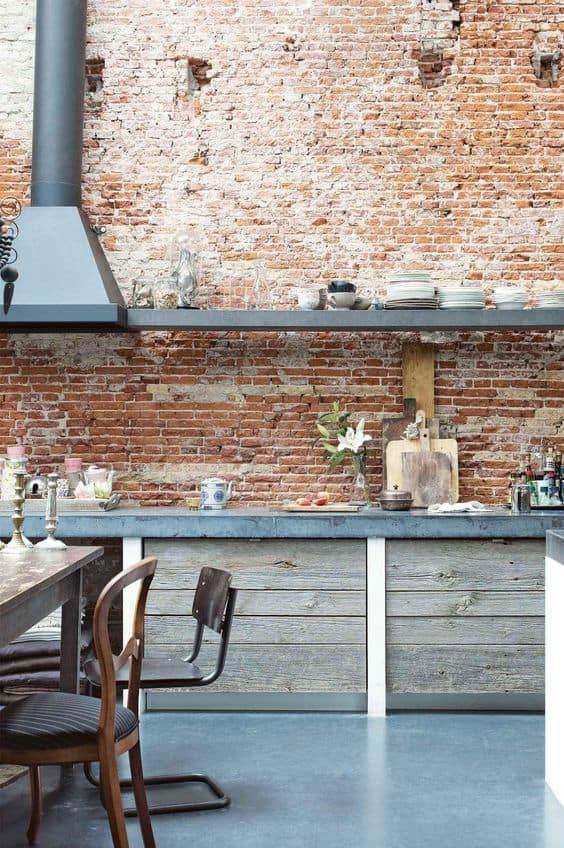 Going the industrial route is an optimal opportunity to go eco-friendly, as this designer has by using reclaimed wood for the accent wall and the range hood. 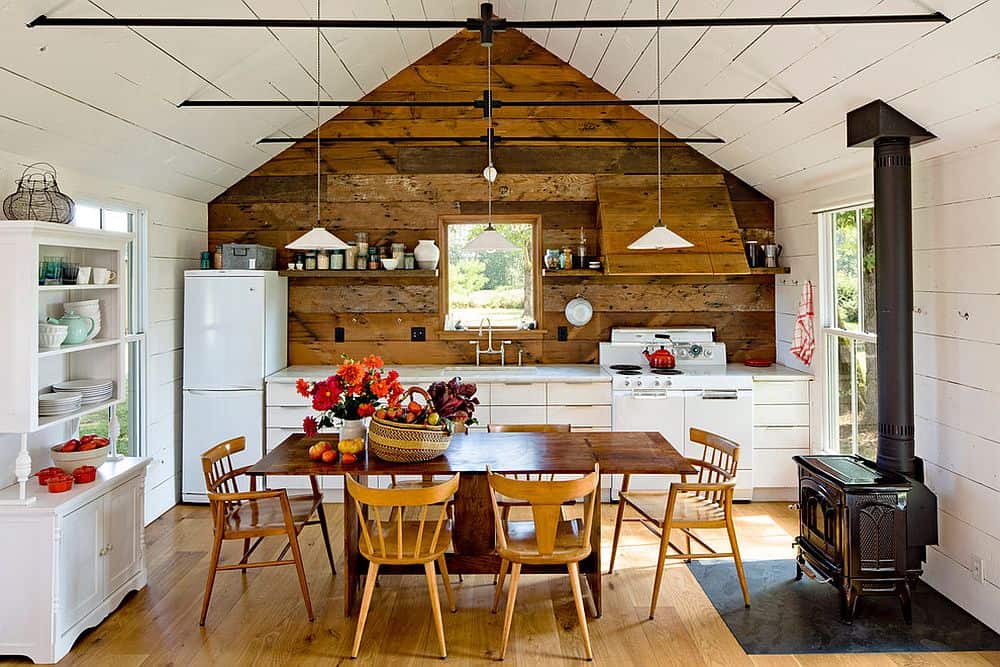 If this design makes you want to rock a poodle skirt and do the bops, it’s had its desired effect. The juxtaposition between the playful, checkered tile, reminiscent of an American diner, and the serious metal light fixtures and range, makes this kitchen age-transcending and memorable. 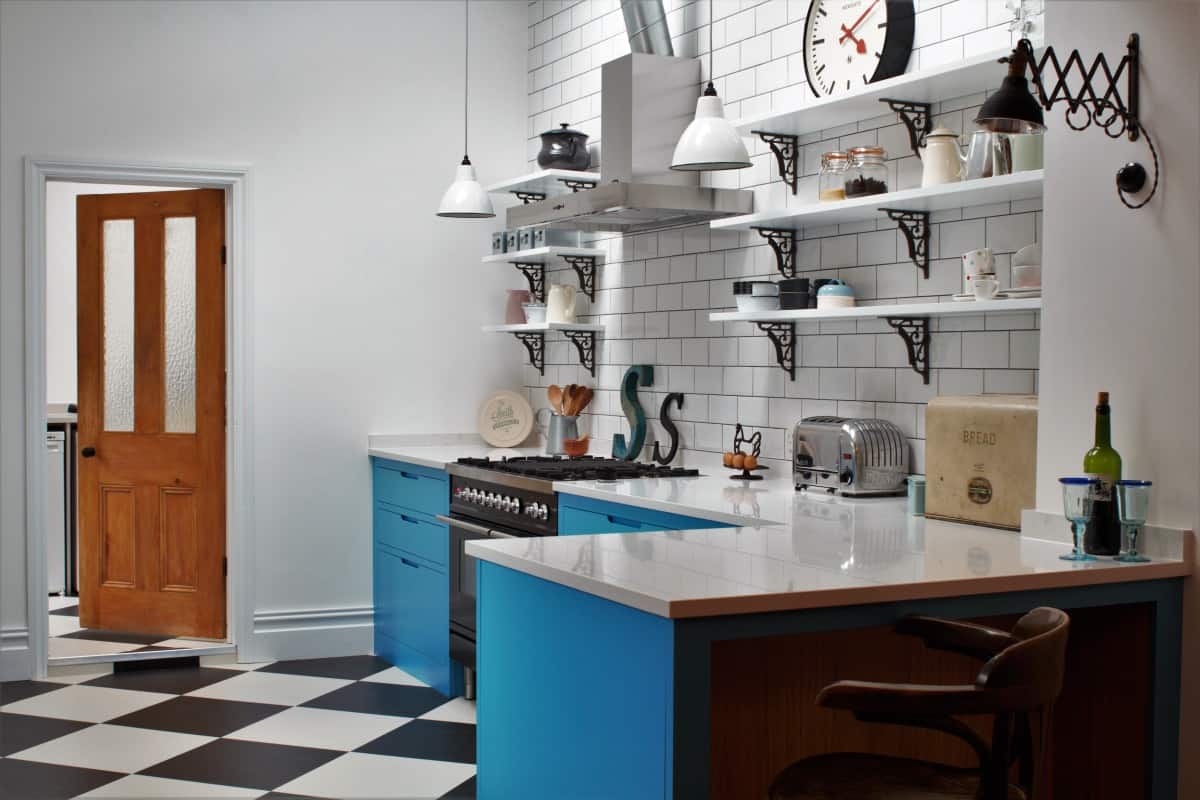 The Illusion of Big

This kitchen may not have the vertical square footage hallmark of a typical industrial kitchen, but a combination of the lack of clutter, the simple lines created by the flooring and backsplash, and the use of the sunlight lends a feel of airiness to this small space. 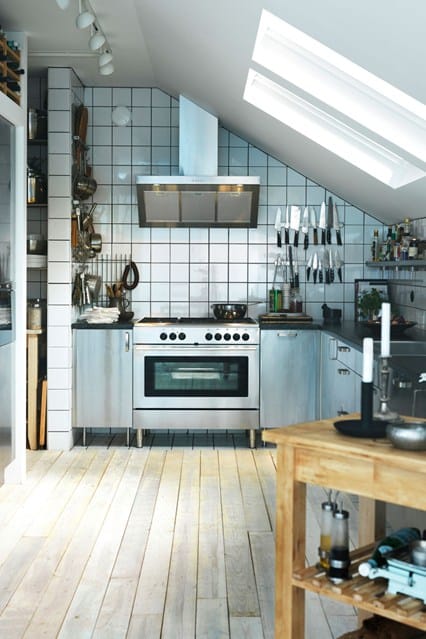 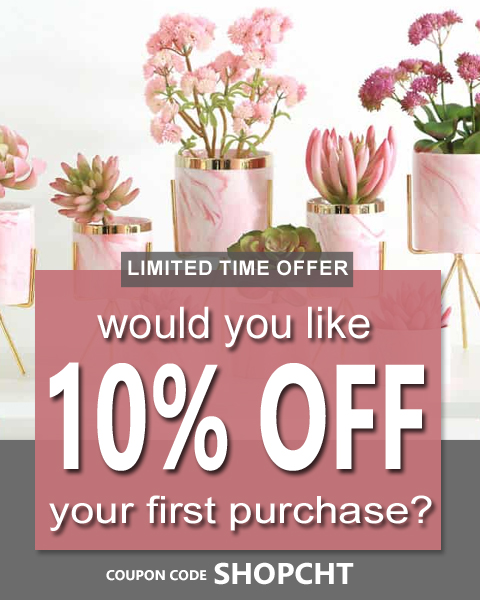