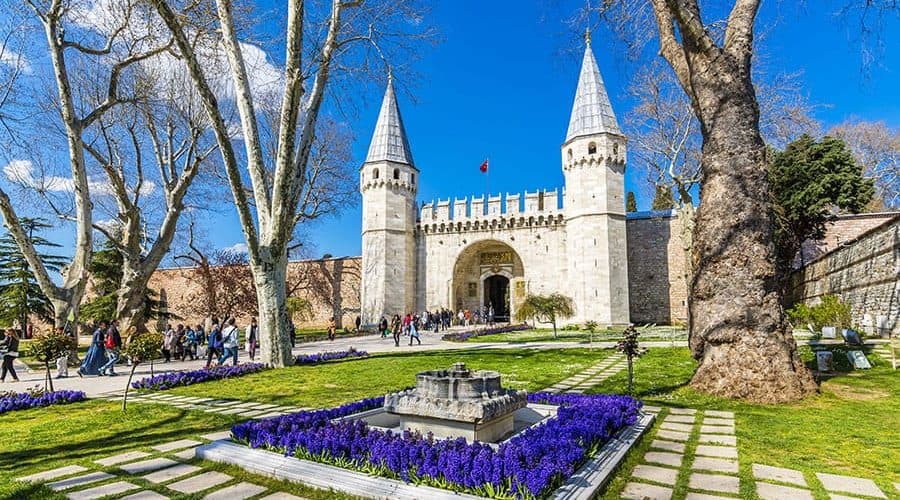 Education Travel Ideas – With summer almost over some of you may be starting to think about how you can integrate your desire to travel with wanting to initiate learning opportunities for your children. The good news is that the two don’t have to be mutually exclusive. Here are four different destinations that will create enjoyable yet educational experiences.

Hawaii Volcanoes National Park is home to two active volcanoes: Kilaluea and Mauna Loa and three other older volcanoes.  Volcanoes on the island have created some of the coolest lava flows which cool into interesting shapes and formations. You won’t want to miss seeing the lava tubes and lava trees, as well as the sea arches and pit craters.

The Park protects some of the most unique, biological, geological, and cultural landscapes in the world. Since the archipelago of islands are so far away from any continental land mass, the native plants and animals have evolved over millions of years in almost complete isolation. Most of the animals that survive on the island are descendants of those that were able to fly there, got blown there or were washed ashore.

There are also numerous historic cultural sites on the island: don’t miss Pu’uloa, the largest petroglyph fields in Hawaii, The Footprints Area, fossilized footprints in ash, and Ka’auea, home to a traditional hale and hula platform.

And of course, there is always the museum!

Some of the most significant attractions in France are the World War II sites. The most famous are the Normandy landing beaches. This area was where Operation Overlord, the Allied invasion, began the liberation of France from the Germans on D-Day. The coastline was divided into five areas: Utah, Omaha, Gold, Juno, and Sword. Juno Beach was the responsibility of the Canadian army, and they were the most successful at pushing inland.

Today you can visit the Juno Beach Centre in Courseulles-sur-Mer. The Centre shares information on the D-Day landing but also speaks to the story of life in Canada prior to the war. You can also visit the Beny-sur-Mer Canadian War Cemetery and the Bretteville-sur-Laize Canadian War Cemetery, where most of the Canadian soldiers who died at Normandy were buried. The cemeteries are sobering and really reveal the loss that was experienced.

Another important World War II site in France is Dieppe. The Dieppe Raid was earlier than Normandy. It was planned to gather intelligence against the Germans and to show the United Kingdom’s commitment to the war effort. The troops were predominantly Canadian and unfortunately the raid was not successful. Within ten hours, over half of the soldiers were killed or wounded, the Royal Air Force lost over one hundred aircraft, and the Germans forced a retreat. The only positive is that Allied forces learned a great deal about coastal raids, which helped when planning the D-Day invasions.

The best place to visit would be the Dieppe Canadian War Cemetery located in Hautot-sur-Mer. This cemetery is unique because it was created by the occupying Germans. It was their custom to place the headstones back-to-back in long, double rows, which was not how the Commonwealth countries would have done it. When the area was liberated by the Allies, they decided not to disturb the bodies, so the headstones were replaced in the exact same spot.

Turkey is a great example of the east meeting the west. The country is full of historically interesting sights but is also known for its newly emerging economy and fun, adventure activities.

Ephesus is one of the largest Roman archaeological sites along the Mediterranean. The Temple of Artemis, one of the Seven Wonders of the Ancient World took 120 years to build and only one pillar remains standing. The theatre that was found there is estimated to have held 25,000 people at a time and to have held gladiator conquests. Ephesus also had one of the most advanced aqueduct systems for its time. The city has both Greek and Roman history dating back to the 10th century BC.

Cappadocia is known for its cave dwellings. The historical city of Derinkuyu was built when the Christians were being persecuted and they moved underground to avoid detection. The city was discovered in 1963 and is large enough for 20,000 people to have lived with their livestock. Tourists can wander through the tunnels and see the areas that were made specifically for the animals, and even spots for wineries. The other notable attraction in Cappadocia is the hot air balloon rides. The average ride is about one hour, and it can cost from $150 USD to $300 USD depending on the length, the number of people, and even how high you get taken up.

Even the largest city, Istanbul is full of history. The city was originally called Constantinople after Constantine the Great. The Historic Areas of Istanbul are a UNESCO World Heritage Site and include the Hagia Sophia, the Topkapi Palace and the Walls of Constantinople, among other buildings as well.

And of course, you will want to stop at one of Turkey’s beautiful beaches along the Mediterranean or Aegean Seas.

The capital of the United States is full of educational and interesting activities. A favorite destination is the International Spy Museum. The museum holds the largest collection of international espionage artifacts and teaches kids about the (in)famous spies that have contributed to our history. They even have a top-secret mission for junior agents that come and visit.

The Smithsonian is large and can be overwhelming for kids. Make sure that you intersperse museums with fun activities to keep them interested. The National Zoo is always popular, and they have daily programs for kids. The National Air and Space Museum exhibits spacecraft, missiles and rockets and has an IMAX theatre. If your children appreciate art, you can also visit the Hirshhorn Museum and Sculpture Garden or the Smithsonian American Art Museum.

At the end of the National Mall, you will find the US Capitol Building. The original building was completed in 1800 and it has been burned, restored, and renovated over the years. It is the home of the US Congress and the legislative branch of the US federal government. In this same area you can see the White House off in the distance. The White House is the official residence and workplace of the president of the United States. You can visit the White House Visitor Center Wednesday to Saturday afternoons and there are also activities throughout the year on the grounds.

Remember that kids are like sponges, and they will remember these experiences for years to come. Traveling as a family can be a significantly rewarding experience and also educational!

Heidi graduated from a top-notch Travel and Tourism program and has received her designations as a Certified Travel Counselor and as an Accessible Travel Consultant. She has traveled extensively all over the world, independently, with family, and on group tours, and loves to share the excitement of travel with others.