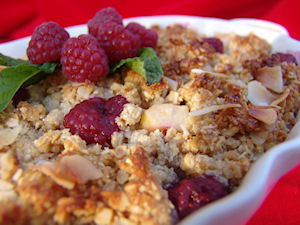 Let’s face it juicy ripe pears are a delicious and nutritious treat just on their own, but add a few other tasty ingredients and they can transport your taste buds to new heights of delight. Pear Helene is one of those masterful French concoctions that does just that! It’s a staple on Parisian menu and a favorite recipe for dinner parties in France. The mixture of warm perfectly poached pears, cool vanilla ice cream, warm chocolate sauce, and almonds is divine and has been a classic French dessert for well over a century. Sometimes it is served with a little cinnamon sugar and original version was served with candies violets, but today it is more commonly served with sliced almonds. The recipe for Pear Helene, or as the French say Poire Belle-Helene, was created by the famed French chef, Auguste Escoffier in 1870. This taste sensation owes its inspiration to the opera La Bell Helene, by composer Jacques Offenbach, which opened in 1864. It was a comedic take on the elopement of Queen Helen, wife of King Menelaus of Sparta, with Prince Paris of Troy. This hot and spicy act of l’amour (love) started the Trojan War, as the Greeks sailed to Troy to retrieve their queen. Here’s a little history about the beloved pear. They are an ancient fruit, and there are historic accounts dating as far back as 5,000 B.C. when they are said to have been cultivated by the Chinese diplomat, Feng Li. Centuries later they were brought to the US by European colonist. Pear trees did very well on American soil and have continued to thrive to this day. Most pears found in the US today are grown in the cooler climate of the Pacific Northwest. Washington State leads the way in production, but Oregon is also known for their vast pear orchards. There are more than 1600 pear farms total in both state combined. Pears are the third most important fruit crop after apples and peaches in the United States. They are also considered to be the least allergenic of all fruits and are rich in Vitamin A, C, E, copper, fiber, and potassium. A few years ago I lived just outside of Medford, Oregon and had the pleasure, on several occasions of enjoying juicy just picked pears and other fruits grown in valley. This area is home to Harry and David Orchards (www.harryanddavid.com). They have been major producers in the valley with a rich agricultural heritage and orchard stewardship for over 75 years. They ship there pears and other fruits all over the world. There are also a growing number of incredible organic pear farms all over the Pacific Northwest. Farmers markets and local markets are teaming with their bounty each season. I grew up in the Seattle area and come pear season we were always excited to see just what my mother would create from this nutritious delectable fruit. I hope you enjoy my take on the classic French dessert, Pear Helene, with my recipe for Pear Helene Crumble and be inspired to eat more pears and reap their many nutritional benefits.

I have made this baked dessert in honor of National Pear Helene Day. It is my healthy take on the delightful French classic which usually uses whole poached pears, vanilla ice cream, and chocolate or other sauces and either almonds or candies violets sprinkled on top. Both are great! Hope you enjoy my crumbly twist on this celebrated French dessert. Ooh La La! Please use organic ingredients whenever possible. Bon Appetit!